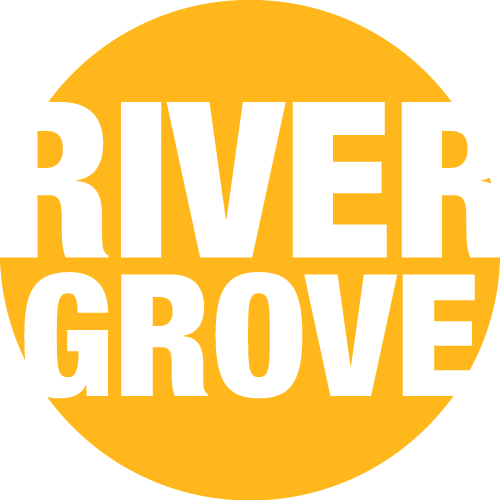 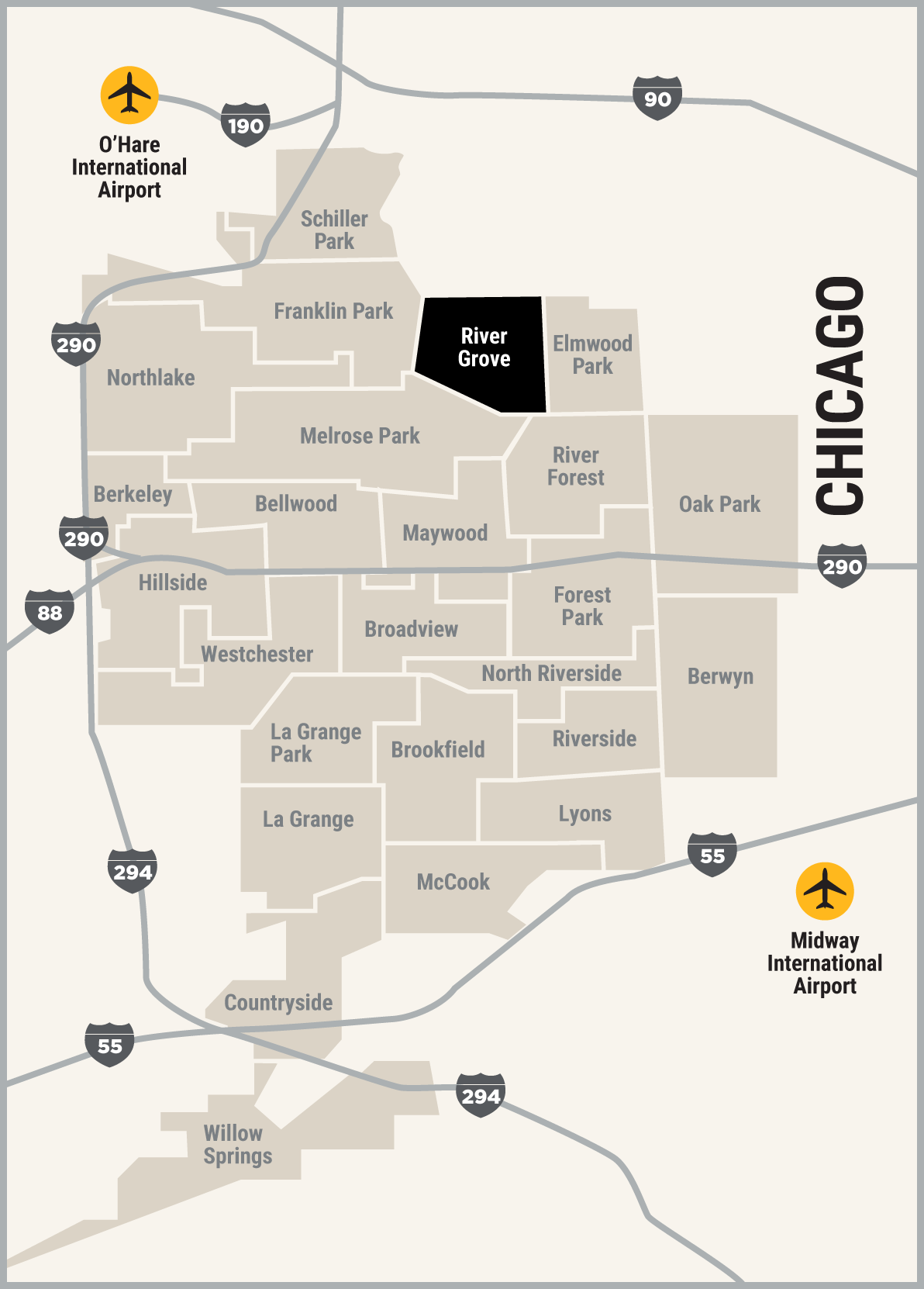 Unlike many Chicago suburbs, about half of River Grove’s land mass is still open space: 350 acres of forest preserve, 290 acres of golf courses and cemetery land, 35 acres for public schools and six acres of parkland. Much of the greenery is due to the banks of the Des Plaines River, which arcs a winding path through this “Village of Friendly Neighbors.” Today this quieter town is home to verdant Triton College plus a major section of the Oak Park Country Club.

As its name suggests, the village grew up along the river. Named for a majestic ash tree grove that once stood there, the community was home to Cook County’s second oldest ash (approximately 240 years old) until it fell victim to the emerald ash borer. Originally home to the Potawatomi tribe, the land that comprises much of current River Grove passed to single owner who eventually sold half the land to men who in 1834 built one of the earliest bridges across the Des Plaines. The bridge and hotel there were used mostly by the stagecoach line from Chicago to Galena.

For more than 70 years, 2720 N. River Road in River Grove has been the official home of Gene and Jude’s, consistently ranked one of the top Chicago-style hot dogs, featuring mustard, green relish, onions and sport peppers. It comes served with hot French fries on top and is officially known as the “Depression Dog.”

Today’s village celebrates a wide range of cultures, from its original German residents, to Irish, Italian, Polish and Latino. The Historical House and Barn in River Grove is an ongoing project of the River Grove Historical Commission. Nearly fully restored, the home will serve as a museum for the history of the village.

Exciting festivals and events each year include the annual River Front Fest in June, Concerts in the Park, and other events – most with live bands, food, drink and entertainment and held at scenic River Front Park, located at 8701 Grand Avenue.