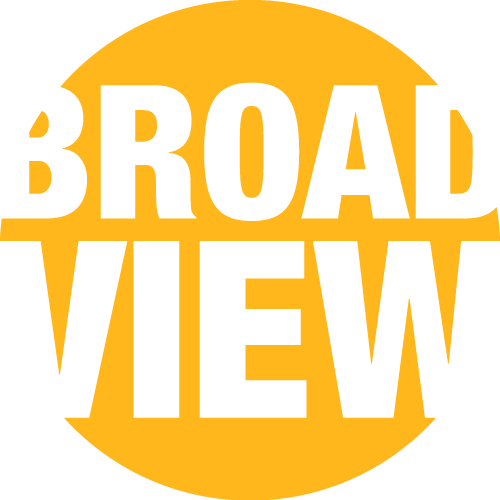 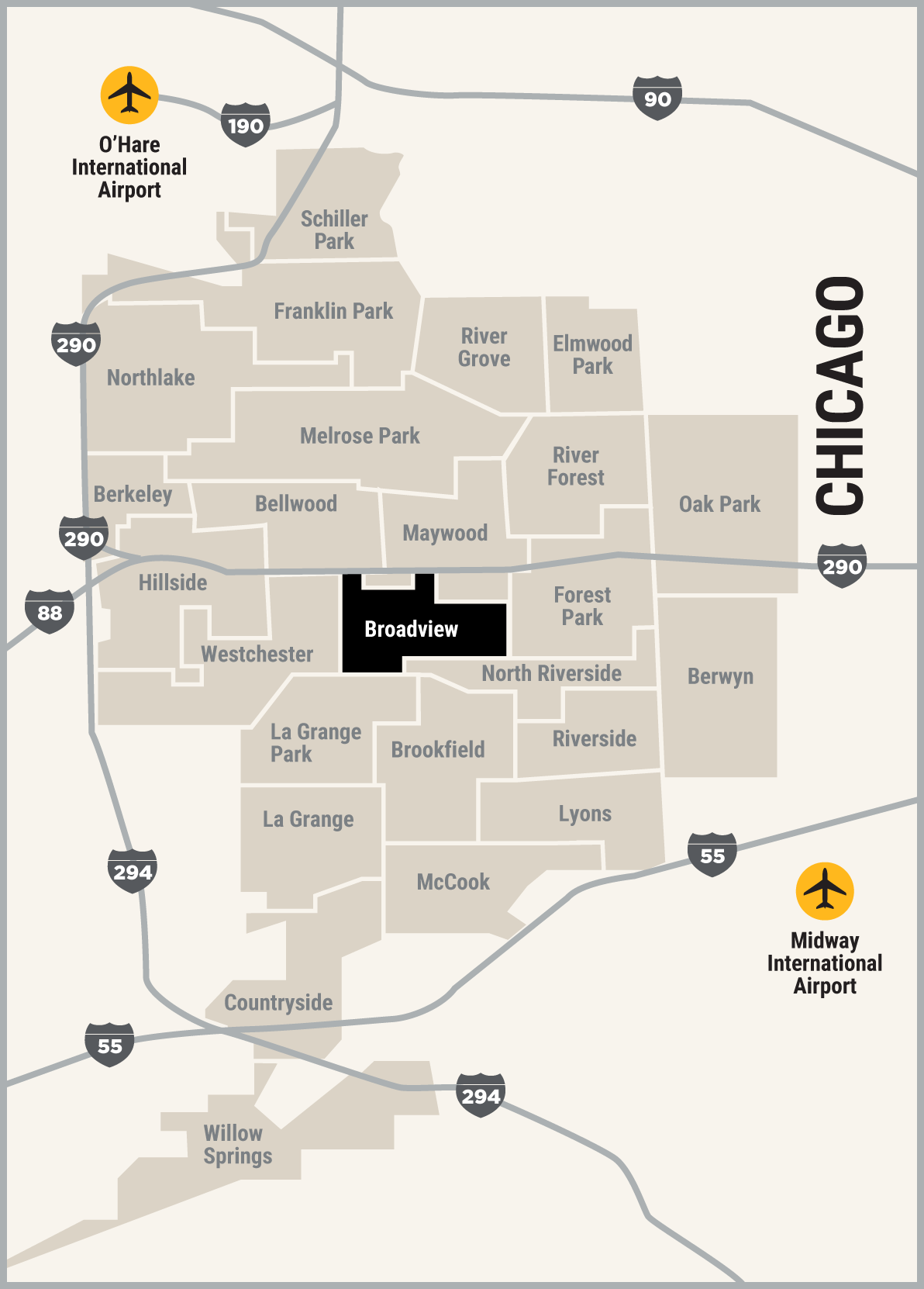 Broadview retains a small-town vibe despite its proximity to Chicago. Its median age of 32 makes it one of Chicago’s “youngest” suburbs, and it’s conveniently located near restaurants, sports arenas, vibrant shopping, and world-class healthcare facilities. Its motto continues to serve it well as it enters its second century: “A Balanced Community – Residential, Commercial, Industrial.”

The area began as swamp and forest land filled with majestic elm trees, many of which were five feet in diameter. As Chicago grew, it became sparsely populated with small farms. The second home in the area, built in 1878 by German immigrant Ernest Hoermann, still stands today. Broadview was incorporated in 1914 to prevent other suburbs from expanding southward. Home to Chicago’s first “airmail operations,” Broadview had one of the earliest air fields from 1919-1923. Serious homebuilding didn’t begin along its “main street,” Roosevelt Road until the 1940s.

The post-World War II years saw a village-wide commitment to set aside nearly half of Broadview's land for industry. In the 1990s, industrial land was repurposed as vibrant shopping when the former headquarters for International Harvester at 17th Avenue and Cermak Road was rebuilt as Broadview Village Square, with 10 anchor stores.

Sawa’s Old Warsaw Restaurant at 9200 W. Cermak Road has been a dining destination since 1973. Founded by Polish immigrant Walter Sawa, a pork butcher and decorated World War II veteran, Sawa’s is known for smorgasbord style lunch and dinner. Still family owned, it has become an icon of Broadview.

Broadview today celebrates its diversity and African-American heritage at its annual Juneteenth festival of freedom, a three-day event with a fish fry, live music and fireworks.