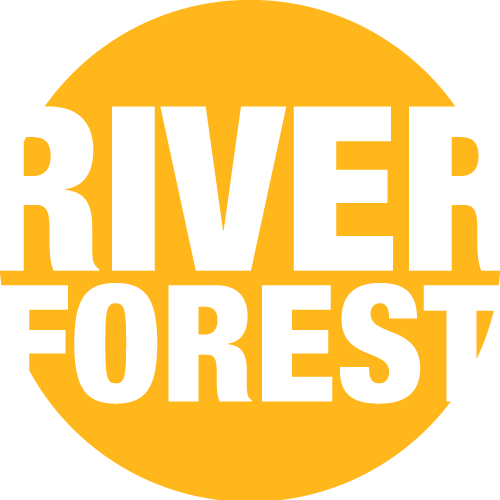 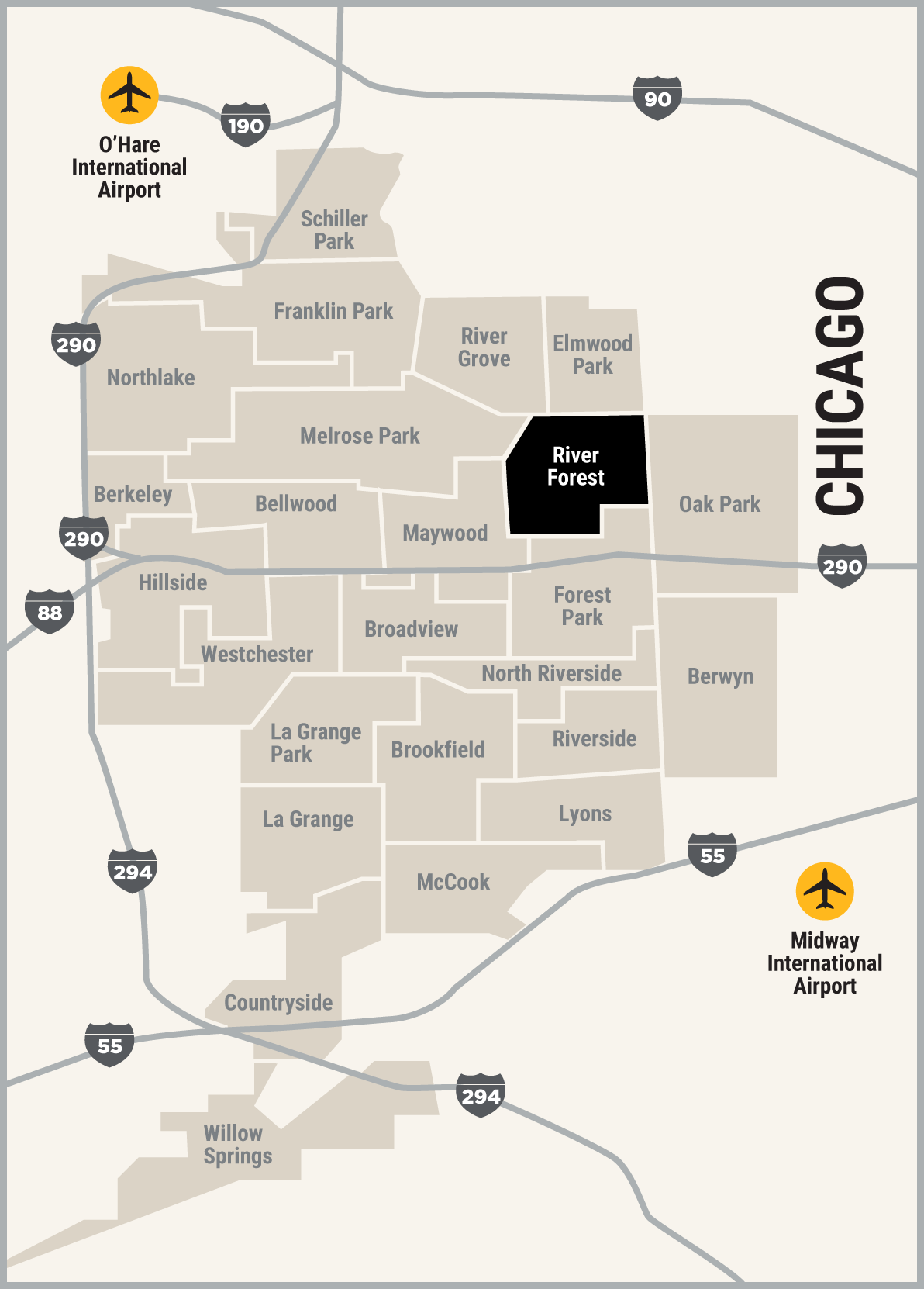 Just 10 miles west of Chicago, River Forest sits along the eastern edge of the Des Plaines River, tucked in just to the west of its better-known neighbor, Oak Park. Notable for its many elegant homes, including a number of classic residences designed by Frank Lloyd Wright, River Forest enjoys some of the highest property values in the Chicago area.

First settled in the early 1830s thanks to its fertile land and proximity to Chicago, the village grew rapidly in the wake of the Great Chicago Fire and was formally incorporated in 1880.

The thick forests that wrap throughout the village’s western boundaries remain. The Forest Preserves of Cook County is headquartered here. Families and children enjoy the beautiful grounds and nature displays of the Trailside Museum of Natural History here. The village is also home to two beautiful and historic campuses: Dominican University and Concordia University Chicago.

River Forest is primarily residential; shopping and dining abound just east in Oak Park and immediately south in Forest Park. The village is easily reached by Metra’s Union Pacific West trains. It’s also a short walk from the Green Line, used by college students commuting to class from the city.

Community events are common here, including the village’s century-old Memorial Day Parade. The initials “OPRF” are permanently linked as the village often teams up with its much larger sister community, Oak Park, in celebrating and benefiting many local activities, events and causes.